AN ENCHANTING EVENING
MAGIC, FUN AND GREAT DANCE
AT THE KRAVIS CENTER
FOR THE PERFORMING ARTS

Tickets are still available for
CINDERELLA
May 10, 2020 - Dreyfoos Hall

CLASSES ON ZOOM
START APRIL 1, 2020!
For health and safety, the studio is closed until we can
​all be dancing together - very soon.
...Read More 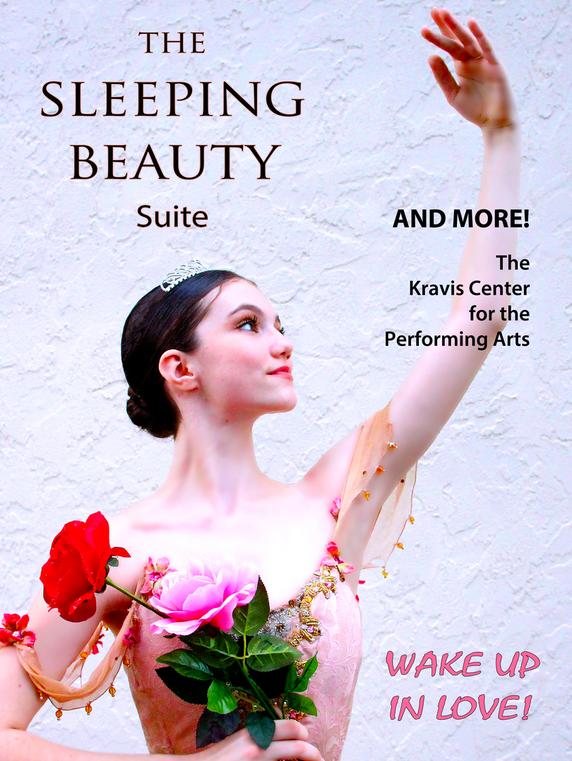 THE SLEEPING BEAUTY
Choreography: Jean-Hugues Feray (After Marius Ivanovich Petipa)
Music: Pyotr Ilyich Tchaikovsky
When the baby Princess Aurora was born, the wicked Fairy Carabosse was “mistakenly” left off the guest list. It was then she cast a spell that on the Princess’s sixteenth birthday, she will prick her finger and die. On Aurora’s big birthday celebration, the entire Kingdom celebrates except for one, the Wicked Fairy Carabosse, who again was not invited. The wicked Fairy reminds the queen of her evil spell but the powerful Lilac Fairy counters the spell telling the queen, she will not die but sleep until her true love kisses her and wakes her up. After 100 years, when Prince Désire kisses her, Aurora awakens from her long deep sleep. The two marry and live happily ever after!

ETUDES
Choreography: Jean-Hugues Feray (After Harald Lander)
Music: Carl Czerny
An adapted version of the original Ballet. A beautiful demonstration of Ballet brilliance that showcases what dancers learn in class while being choreographed for the stage.

LE CORSAIRE Pas de Deux
Choreography: Jean-Hugues Feray (After Marius Ivanovich Petipa)
Music: Adolphe Adam
Le Corsaire Pas de Deux is one of the most known and beloved pas de duexs in the world of classical ballet. While being very graceful to watch, it is very demanding on the dancers