Of the highest professional style and quality, Paris Ballet and Dance produces three major professional-style productions a year. These lavish productions include fantastic sets, beautiful costumes, incredible choreography and also feature phenomenal guest artists! Audiences attending these wonderful performances are always amazed and delighted with the levels in which these shows are both produced and performed.

The Spring Performances of 2015 through 2018 also featured dance pieces accompanied by Director Sandra Baran, and the talented students of The Jupiter Academy of Music, supported in part by Grace Notes Foundation.

Paris Ballet and Dance looks forward to seeing and appreciating a theatre full of families, friends and patrons for yet, another great season!​
​ 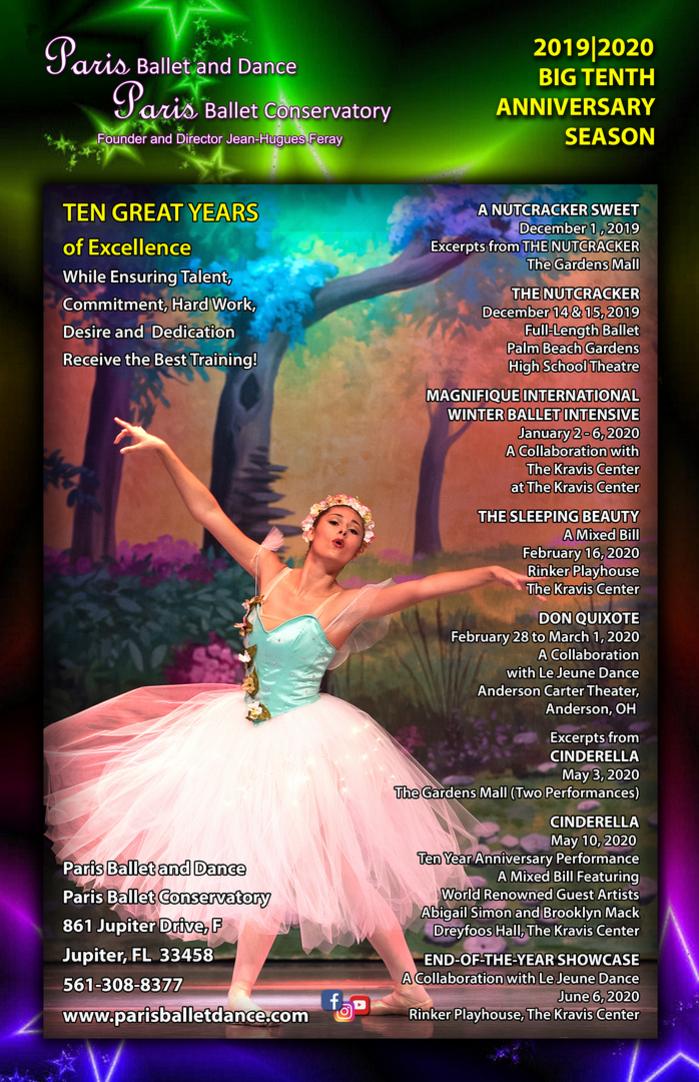 SUMMER CLASSES INCLUDING THREE INTENSIVES (ONE JUST FOR BOYS/YOUNG MEN) SO, REGISTER NOW!
Everyone is eager to dance their hearts and souls out!   ...ALL CLASS INFORMATION
​

A Mixed Bill
February 16, 2020
The Kravis Center
for the Performing Arts

EXCERPTS FROM
CINDERELLA
May 3. 2019
The Gardens Mall

CINDERELLA
May 10, 2020
CANCELLED
The Kravis Center
for the Performing Arts
...More